The state’s top judge has taken the unusual step of condemning the O’Farrell government for introducing mandatory minimum jail terms for alcohol and drug fuelled-violence and rejecting claims that judges are ”soft on crime”.

NSW Supreme Court Chief Justice Tom Bathurst said on Monday night that it was a ”mistake to see an excessively punitive approach as the only way courts can recognise the interests of victims” of violent crime.

He expressed alarm at increasingly vitriolic and personal attacks on the judiciary, including ”at least three” death threats against Supreme Court judges in the past year, and dismissed accusations that judges were ”out of touch and soft on crime”.

The minimum sentence is effectively a non-parole period, meaning the total jail term is likely to be about 11 years if existing sentencing laws are applied.

Premier Barry O’Farrell has also proposed mandatory minimum sentences for nine existing violent offences if alcohol and drugs are involved, but the legislation may be opposed by Labor and some government MPs.

He said it was not his role to ”join in the debate” but an informed discussion about mandatory sentences would consider issues such as whether juries would find offenders guilty if they knew a particular penalty would be applied regardless of the circumstances, and whether the laws would discourage early guilty pleas.

As a means of contributing to an informed debate, the Chief Justice said he would encourage judges to produce summaries of their judgments in criminal cases to expose their reasoning ”in a simple and concise fashion”. The court would also hold seminars ”on the process of judicial decision-making in criminal matters”, which would be open to the media, MPs and community representatives.

”Research suggests that a significant proportion of the community is misinformed about crime and sentencing, and change their views of sentencing when presented with accurate information,” he said.

Chief Justice Bathurst said there was ”a tendency to target the judiciary as part of the well-worn ‘law and order debate’ that re-ignites whenever a particularly shocking or high-profile crime takes place” but it was ”not part of a judge’s function to react directly to political concerns or policy agendas”. 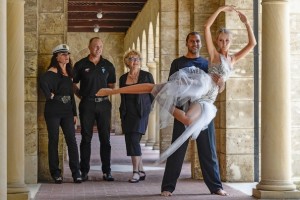 IF Foundation to Partner With Tarvydas in Paris Debut