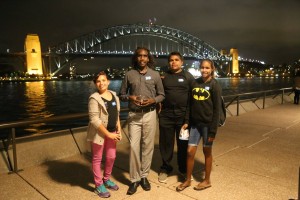 On Monday the 2nd of November, four budding performing and creative arts students from Roebourne District High school left Roebourne to embark on a 6 day adventure exploring the arts in Sydney. The long distance travel (and the rain!) was exhausting but an incredible week of amazing experiences was had by all. The sights, sounds and experiences of Sydney proved to be both challenging and eye-opening for these four young people but it also created some once in a lifetime opportunities that inspired them for their futures.

The trip was themed around inspiration and the idea of “What If?” the students experienced a plethora of activities all centred on the arts and its associated disciplines. The students stayed at the National Centre of Indigenous Excellence in Redfern which was a great camp base where they were also able to meet other indigenous students from other parts of Australia who were in Sydney embarking on various projects and ambitions. 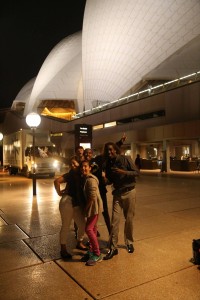 The week commenced with a visit to Sydney Theatre Company for a behind the scenes tour (They were even lucky enough to meet the famous Australian actress Jaqueline McKenzie on her way to a costume fitting in an exquisite period costume from the upcoming play “Orlando” and she stopped to say hello and chat to our young students.) A meeting, talk and workshop with STC director Kip Williams, a visit to Bangarra Dance Theatre, a private tour of the Sydney Opera House (the students were able to view a rehearsal of the Sydney Symphony Orchestra in the Concert Hall) followed by a performance of Shakespeare’s Hamlet in the Playhouse.

They were also lucky enough to visit NIDA for a day of workshops learning about play building and creating stories from their own ideas and concepts as well as learning the very fine technique of stage combat by some skilled theatre professionals. The staff at NIDA were also on hand to give them a tour of the school and talk about the many tertiary education options available to students interested in the arts. 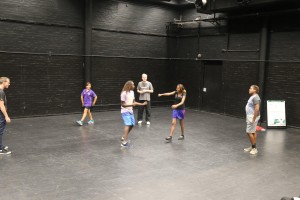 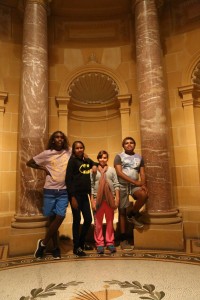 The students also visited the Art Gallery of NSW to view classic, contemporary and indigenous art as well as sculptures and installations and some incredible items from the Ancient Asian Collection. After meeting the students on our first day, the team at NITV and SBS invited the students to come into the studios during the working day to see how things are run at a television station. It was an amazing experience for the students who saw the news room, met journalists, cameramen, editors, directors, presenters and producers learning just how many people and how much work goes into creating television. They even sat at the news desk and practised reading from the teleprompter (as well as operating it) and were taken through the main studio by the director who gave the students some invaluable insight into the world of television whilst showing them all of the amazing technology they use as well! 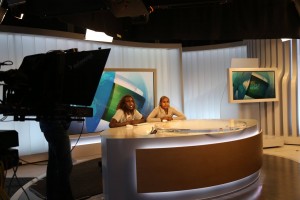 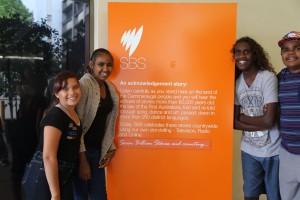 A highlight of the trip was definitely another evening at the theatre where the students were taken to see a production of Matilda-The Musical at the Lyric Theatre. They loved every minute of the amazing show and were in awe of the set, sounds, costumes and characters but were truly inspired by the talent and hard work of the young people performing on the stage. 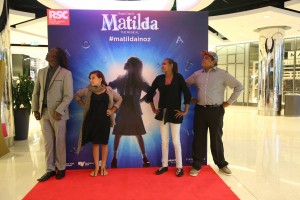 Their final day in Sydney was seen out with a bang – A trip to Taronga zoo (via ferry from Circular Quay) to see lots of amazing animals and one of the students (Katie Healey) was even called upon to help volunteer during the seal show. She got to meet Pepper the seal and rub his belly and shake his flipper in front of a huge crowd!

After Taronga Zoo everyone headed out to Bondi Beach where we took the amazing coastal walk from Bondi to Tamarama beach to see Sculptures by the sea. We saw some beautiful sculptural work as well as many weird and wonderful things but the students loved being able to interact with some of the work right on the beach front and had a lot of fun getting wet with the giant size spray bottles in the sand. Once the walk was finished the evening ended with some games on the sand of Bondi Beach and to top it all off some of the students met two lifeguards from Bondi Rescue and had their photos taken with them and told them all about the Roebourne and the Pilbara. 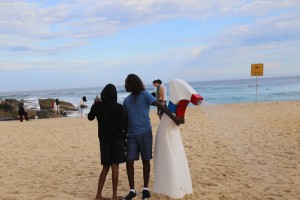 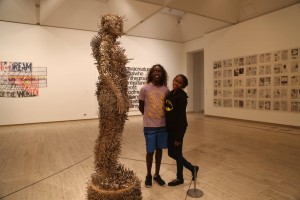 A big week and a huge journey for these students who will now return to their communities ready to work on their creative presentation about their experience in Sydney and what inspired them. They will give a presentation at the end of year concert and hopefully the experiences will continue to inspire them well into the future. 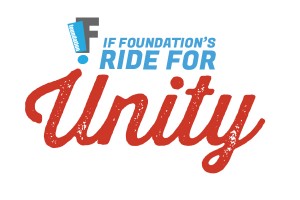 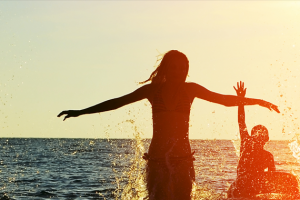